Emerging threats to humanity will be on the agenda when the world’s political and business leaders meet in Davos, Switzerland, this week. The 45th annual meeting of the World Economic Forum aims to find solutions for global risks – including environmental challenges and those posed by new technologies. «The risks of the last 10 years … Leer más A Brazilian SRA member, Alves has been engaged in risk analysis projects since she first became involved with a study for a Brazilian natural gas pipeline in 1989, one of the first environmental permitting projects in the country. This was followed by work on the Bolivia-Brazil pipeline risk analysis, involving what at the time was the longest natural gas pipeline in South America at 3150 kilometers (1960 miles). That major pipeline project was strategically important, both for the economy and for energy production.

“That experience was a milestone in my professional life,” Alves says. “From that point on, risk analysis has become part of my life.” The project was followed by many other professional experiences involving risk analysis in relation to pipelines, power generation plants, and the oil, gas and chemical industries. Her work has taken her across Brazil, to other parts of South America, and as far away as Angola and Cuba.

“It was a pleasure to see how the Cubans were committed to the purpose of the risk analysis study, even with all the problems they have to handle,” Alves commented. Her work there has taken her back to Havana five times.

Born in São Paulo and originally trained as a chemical engineer, Alves later obtained a master’s degree in environmental health from the public health program at the University of São Paulo, where she first heard of the Society for Risk Analysis. She attended her first SRA meeting in Baltimore in 2006.

“What really appeals to me in performing risk analysis is contributing to the prevention of accidents and so indirectly saving lives and protecting the environment,” she explains.

In 2012, Alves worked as an expert for the Brazilian Ministry of the Environment on a project about preparing for environmental emergencies involving hazardous chemicals, conducted in cooperation with the European Union. She has also worked for the United Nations development program and IBAMA, the Brazilian Institute of Environment and Renewable Natural Resources, to name only a few of her many clients and employers in the field. She was recently hired by IBAMA to work on the National Contingency Plan for oil platforms, again in cooperation with the European Union.

As a partner at Engine Engenharia Ltda. in São Paulo, Alves continues to consult widely on risk management, risk analysis, and environmental studies and to apply her expertise in hazard operability analysis.  She is also an instructor at the Technological Education Institute in Belo Horizonte.

Married and the mother of two daughters, 17 and 19, Alves is a yoga and meditation practitioner who also finds time to enjoy doing oil painting and crafts. “And I love interior decorating and gardening,” she adds. 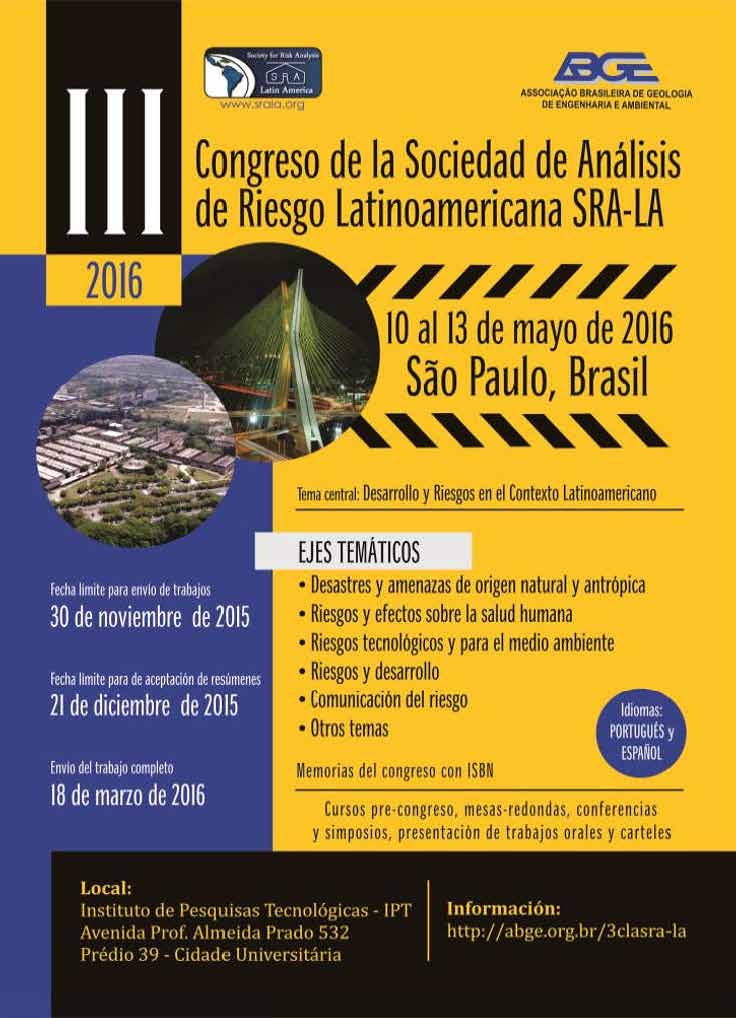